Disclosure: Some of the links in this article may be affiliate links, which can provide compensation to me at no cost to you if you decide to purchase. These are products I’ve personally used and stand behind. This site is not intended to provide financial advice and is for entertainment only. You can read more in my affiliate Disclosure.

Most of us have a story to share. Whether it’s a funny anecdote, a life-changing experience, or simply something that happened to you that you want to tell others, sharing your story can be a great way to connect with others on social media.

Here are 7 SIMPLE tips on how to share your story on social media in a way that will resonate with your audience:

So let’s jump in and talk about posting, posting on social media.

So this is kind of going back to the basics.

So if you want to build your business faster rather than slower, there are things you can be doing to create that know-like and trust factor that relatability faster.

Okay, if you wanna go slow, don’t share anything about yourself, and don’t let people get to know you.

You know who are you…what do you care about?

Do you have kids, where do you live, what do you do for fun, what did you used to do before starting your business?

You know, like we’re talking about your life experiences. Like did you live in another country for example…

You want to start sharing that because it creates the know-like and trust factor and reliability.

So it always kind of feels weird to me when I look at someone’s profile and there’s nothing personal about it.

I don’t feel any kind of a connection to that person, and then how awkward is it when you have a conversation with the person and you know nothing about them?

So you as a social media marketer want to make it easier for people to connect with you, and you do that by sharing yourself. It opens the door for conversation when you share these things about yourself.

So just know though that you don’t have to share everything if you’ve had like, you know things happen in childhood or whatever.

I always say if you’re okay with it being on the front page of a newspaper that’s gone all over the world, then you can share it on social media

If not, don’t….but people need to know these details about you.

Are you into dogs? How many kids do you have? Do you hike? All that kind of stuff…

Don’t assume everyone knows who those people are because they don’t, maybe a few people do, but most people don’t.

So tell people this is my husband, john, this is my girlfriend, Joanne.

Like, tell people who they are, and their relation to you.

So you know what I did. I just used it that way. We would be hiking and I would quickly do a selfie, I’d like to turn around and get them in the background, and then I would talk about how my teenagers, don’t want to be in pictures, that kind of thing.

So I just kind of told the story and explained why there’s not a whole bunch of pictures of my boys.

So you can always angle it. There’s a story behind everything.

Tip #3: Your Audience Is Not Psychic

Next…your audience is not psychic.

So there are always new people and even that person you became friends with a month ago, six months ago, may not know these things about you.

Tip #4 Be Vulnerable, But Not The Victim

Next, be vulnerable, but not the victim.

I wanna touch on that being vulnerable but not playing the victim, meaning if you’re going to share the pain, struggle, or a challenge, share how you overcame it or are in the process of overcoming it.

Don’t leave people with the poor me, I’m a victim, that kind of thing.

Leave people on a good note😊

Everyone’s got a story.

And if you don’t you do, I’m telling you now you do.

It doesn’t have to be so crazy dramatic.

You’ve lived, and you’ve got stories, tell the story of why you started an online business, and how you want your life to be different.

Write down all your stories.

What are your memories of elementary school dealing with the mean girl, there’s probably a story there?

What did you learn from going through that experience?

You know, your first boyfriend or girlfriend dumped you, how did that make you feel?

How did you grow from the experience? You’re full of stories.

And the thing too about the human brain is our brains work in stories.

People don’t remember details but they remember stories so we could really jump into some psychology here too.

It’s another reason to tell stories because people remember stories and then they see something, it’s called the reticular activation system.

So if I’m telling the story about how I crashed my red jeep now, you remember that when you see a red jeep you’re probably gonna think of me.

But you know what the way I look at it is there are no bad stories because you learned something from that experience.

Even if it wasn’t a pleasant experience, look for the good of what you can get from it.

Don’t be the lecturer.

I had a boyfriend one time and he was very knowledgeable about a couple of subjects that basically ruled his life. Like super passionate about these topics, but he would just sit there and lecture the whole time I was around him. I was always thinking to myself “this is really freaking boring”.

I didn’t feel like we were equal at all.

I felt like you’re the teacher and I’m the student, I’m beneath you now.

You can be the teacher and you know, have students but still not give people the impression that you think you’re better than them.

Do you know what I mean by that?

You can start providing value and build your credibility and build yourself up as an authority figure, but still have people feel like you think they’re equals.

Do you hang around somebody in real life who makes you feel like you’re less than them, or if you do stop it, we are all equal.

We are all one, choose carefully who you’re around❤️️.

Tip #7: Don’t Be Afraid To Share Your Thoughts & Feelings

I know a lot of people are afraid to say things because they’re afraid they are going to offend someone.

Everybody loves to be offended nowadays. Everyone’s so sensitive, you can’t say this or that. I’m so sick of that stuff🤢.

They’re not your people.

And often times don’t you love it when someone says something that you’re thinking about but haven’t said it?

I love those people who say things that most people are actually thinking but just don’t say.

But then there’s going to be a few people who don’t agree with them.

They’re not that person’s people, so don’t be afraid to share your thoughts and feelings.

There are some things I don’t talk about online. So share what YOU’RE comfortable sharing, but don’t share yourself because you’re trying to get everyone to like you.

I think that’s a mistake. Being a little bit polarizing can be a very good thing to share your true authentic self.

They can block you if they don’t agree with you, whatever.

So anyway, that’s what I have for you today. I hope that helps you out.

I hope that helps you kind of come out and start sharing yourself in a bigger way.

Have an amazing day and I will see you soon😍. 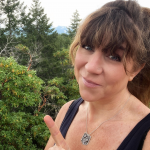 I created this space because I wanted to give you the exact blueprint, tips, and strategies that have helped me create financial freedom for my family and ultimately gave me my life back. If you are ready to make some changes in your life, and ready to build your dream business that would allow you to LIVE the way YOU want…

YOU my friend are in the right place.

If so, check out this FREE Video Series that helped me get started! 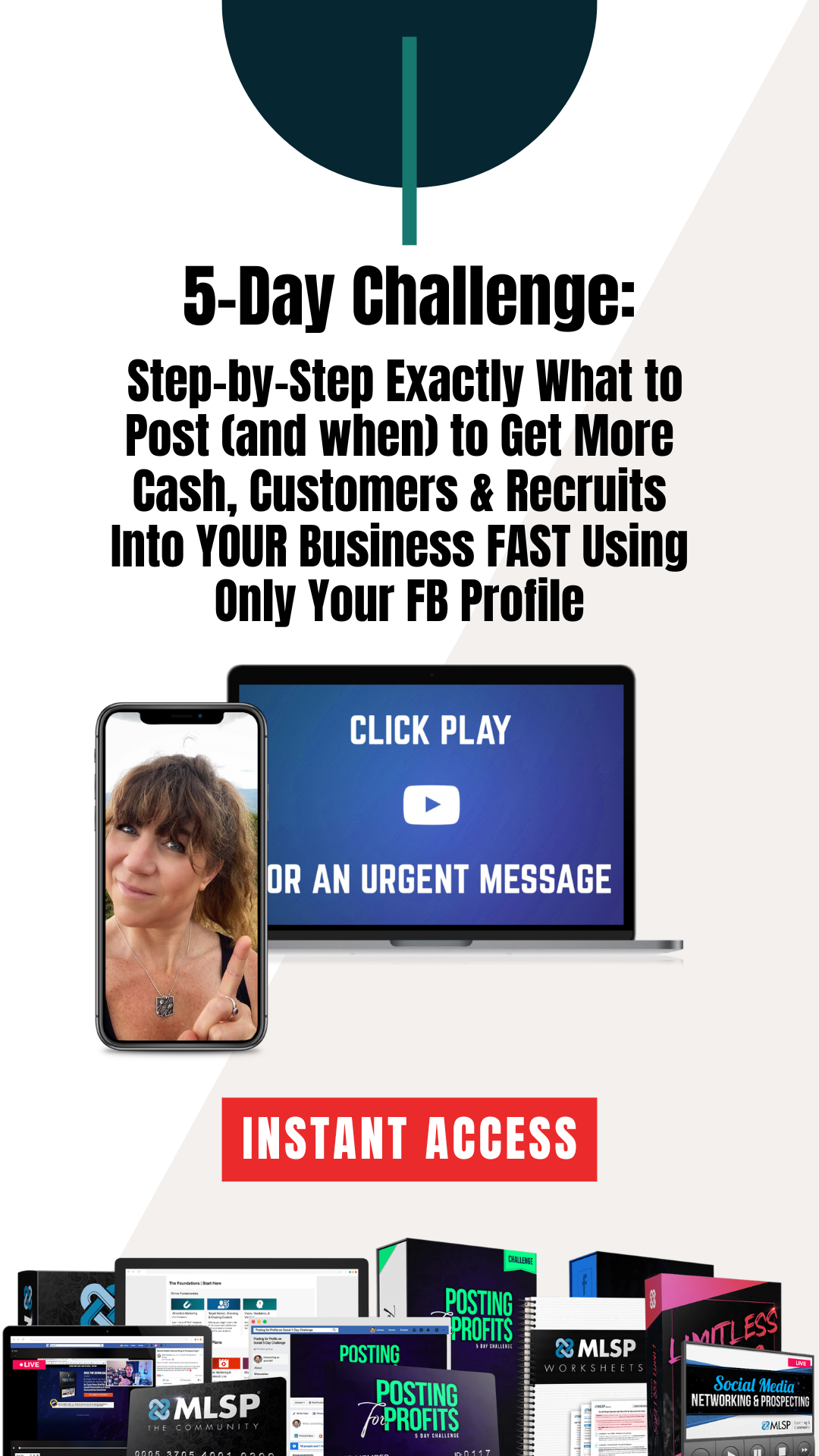 Check Out These Articles

A Simple Mind Hack to Get Out of Your Own Way

How to Conquer the Challenges of Being Your Own Boss